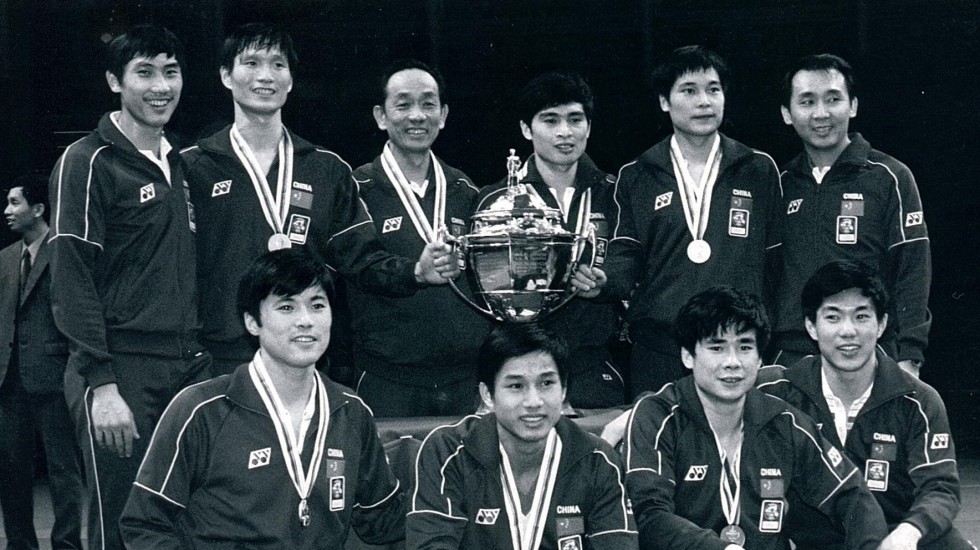 Members of China's winning team pose with their prized possession.

On This Day: China Lift Thomas Cup at First Time of Asking

The result was unmistakably famous, the message was resoundingly clear – China were here to stay.

At their debut Thomas Cup in 1982, the Chinese contested an entertaining final and took home the famous silver trophy.

The fact that their maiden triumph came in England, the first time the competition had returned to Europe since the inaugural edition in 1949, embellished China’s credentials.

Five days before the duel with Indonesia, China had already sent their rivals an ominous warning with an emphatic 8-1 semifinal win over a Morten Frost-less Denmark.

In the final played over two days on 20 and 21 May, Han Jian turned his nation’s hero, winning both his matches. He first levelled the score by seeing off Lius Pongoh in the second men’s singles, then outlasted the legendary Liem Swie King in the fourth men’s singles to again drag his team back to 3-3 from 3-1 down.

That expectedly swung the momentum towards China, who duly obliged by winning the next two matches to confirm their title. Chen Changjie defeated Pongoh in two games for China to take the lead for the first time, before the pairing of Sun Zhian and Yao Ximing delivered the winning point, overcoming Kartono/Rudy Heryanto 17-14 3-15 15-1.

The final match, now only a formality, was won by Christian Hadinata/Liem against Luan Jin/Lin Jiangli to make the score (which ended 5-4) respectable.

Writing in World Badminton, former International Badminton Federation (now BWF) president Sir Craig Reedie remembered the battle as “one of the great finals” and commended the court behaviour of the players and their sportsmanship as “marvellous”.

“The trophy was presented and paraded by China amid scenes of congratulation from the great Indonesian team and warm applause from the crowd. Nobody could remember a team winning the first four matches on the second night to win the Thomas Cup and few people could remember a better night’s badminton,” Reedie aptly summed up the epic bout.