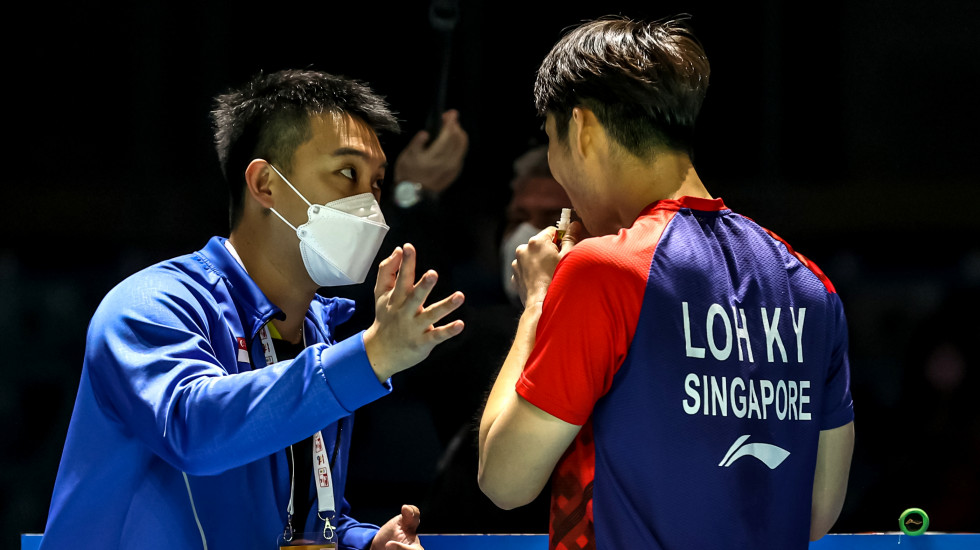 Vantage View of a World Champ

Indonesia, Korea, Thailand and Singapore make up Group A of the Thomas Cup, perhaps the trickiest group in the draw. Leading the charge for Singapore at the TotalEnergies BWF Thomas and Uber Cup Finals 2022 will be world champion Loh Kean Yew, whose battles with – possibly — Anthony Sinisuka Ginting/Jonatan Christie, Heo Kwanghee and Kunlavut Vitidsarn are likely to provide early sizzle to each tie, regardless of the eventual outcome.

Loh finished 2021 on a high with his astonishing run at the TotalEneriges BWF World Championships. Plotting his campaign was his coach Kelvin Ho – currently Singapore’s national singles head coach — , who has worked with him for a number of years, and has had a ringside view of his rise. In this two-part interview, Kelvin Ho charts out aspects of Kean Yew’s training, his mindset during the World Championships, and what’s likely to follow.

Kean Yew has talked about how his training stints with Viktor Axelsen in Dubai have helped him. As his coach, how do you view his Dubai training programme?

But is the Dubai programme in sync with your own programme?

I think it’s kind of different because over there it’s more like the European style of training so it’s like 1 minute 30 seconds and then rest for 45 seconds, while in Asia it’s of longer duration.

Given the effectiveness of that programme, do you think it’s time for Asian coaches also to adapt more of that style?

Is your coaching method also evolving? Are you constantly tweaking your own methods based on the inputs you get from Kean Yew?

Yeah, so for the past few years, coach Mulyo (Handoyo) and I built up a style of play (focussing on) consistency, targeting shot quality, shot pressure, shot accuracy. We were looking at building up player character — in terms of, if we play rally, or attack, what is the player’s character like? So for us to integrate it of course will be like, for example, attacking or explosive when it’s shorter; then we take a break and do it again, the kind of practice which you can replicate in a game.

The Dubai programme is quite a unique model, with players from different countries training together…

I think this Dubai training is healthy for all the players. Maybe during the match they are not friends, but off court they are, and all of them are promoting badminton and it is good. To improve to another level, I think this is very good, very healthy. And like I said, that training will make the player more focussed on court, we need those kinds of drills. Definitely it will help the players. It will definitely trigger their body because it’s different. I think it’s interesting and I will apply it in my training programme.

We have to thank Viktor and everyone for joining together and devising this training in Dubai. And the (Singapore) association, and everyone who supported Kean Yew to go for the training as well. 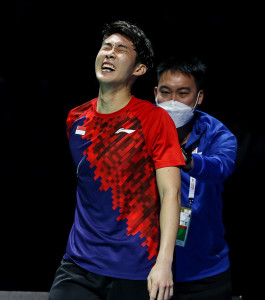 Coming to the World Championships, it looked like Kean Yew was in a different zone. Did you get a hint before the event that something was about to happen?

Actually, during the live draw we were looking for his name and then had to go down all the way (laughs) and we saw that he has to play Viktor. So we recharged mentally and prepared to play him. We knew we had to go all out and we knew we had to play strategically. Of course we had to forget the past (losses), in Europe and in Bali. Since then he has trained in different countries, with players like Lee Cheuk Yiu, Ng Ka Long, Wang Tzu Wei, and that helped him as well. That was also heavy intensity. In Bali too he trained with Viktor during the HSBC BWF World Tour Finals, and that also helped him. So all this exposure, he learnt a lot. He became more mature. So when he arrived at the World Championships, based on what he had learnt over those last few months, he could go all out. I think it worked for him. It was the consistency that he had built up.

In the first match against Viktor, the pressure must have been on the Olympic champion. But after each match, with him getting closer and closer to the title, what was the mindset like?

We just had to go all out because we had nothing to lose. We were the underdogs. We just prepared, watched the videos of the next opponent and planned strategy.

What was it like on the day before the final — it must have been in your heads that this was the biggest day for Singapore?

The pressure match was the quarterfinals, because if we won that we would be making history for Singapore, winning a medal. We had no pressure, because Kean Yew had sprained his ankle during the quarterfinal against HS Prannoy. So we just worked with our physio to make sure that he was fit to play. All our preparation was for him to focus on the strategy once he was on court, meaning, to not let the ankle injury let his mindset go differently. So in the final, we felt nervous, but at the same time we were underdogs, but we had already made history for Singapore by winning a medal, so we had to go with our physio to make sure that he was able to play, so we talked to our doctors and we watched videos of Srikanth after the semifinals.

One of the things that struck everybody was his speed and attacking intensity, he never let it dip all through that week.

I think it’s due to the hunger. He wanted it badly. I think it was the motivation after upsetting Viktor in the first round, and he got more hungry and more hungry as he got closer to setting history for Singapore. So I think it’s the hunger that really made the difference. So he was only focused on the game and no distraction, no other things. Most important was the motivation to win. So when he played I don’t think he felt tired, he just wanted to go all out. 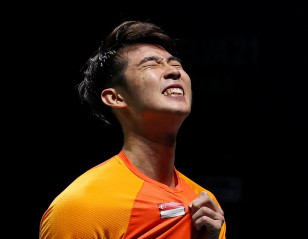 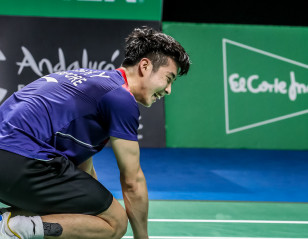 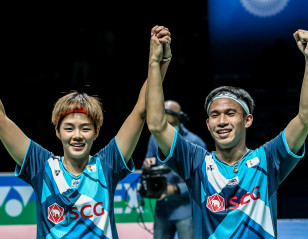 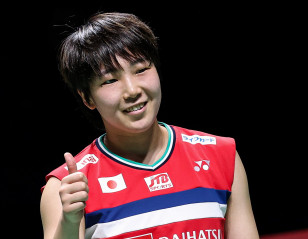 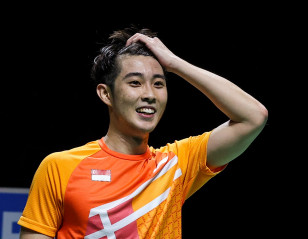 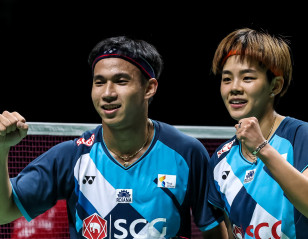 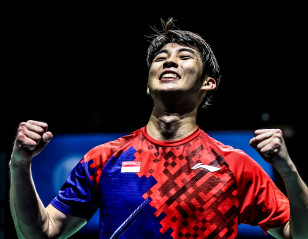 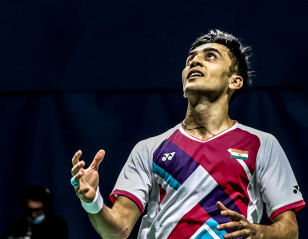 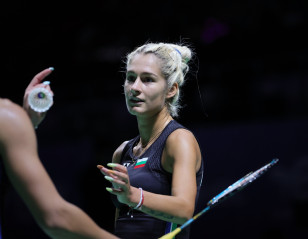 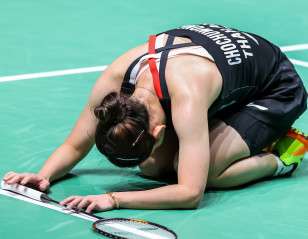 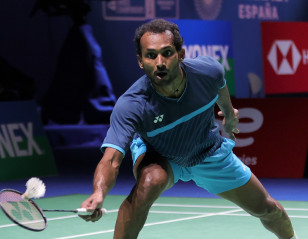 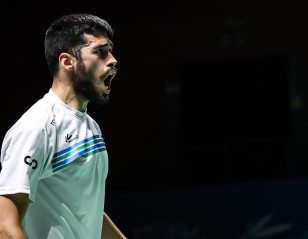 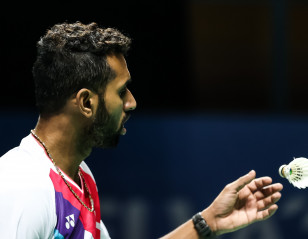 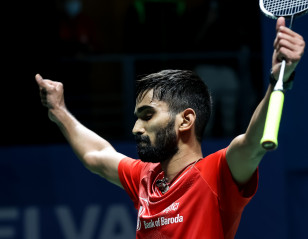 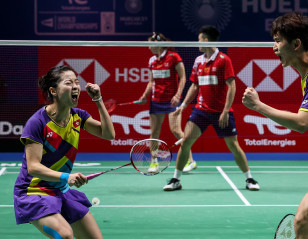 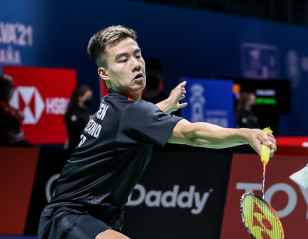 Nguyen Makes Way Back from Bout of Pneumonia 15 December 2021 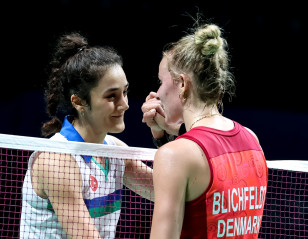 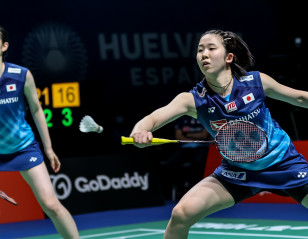 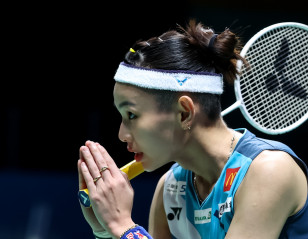 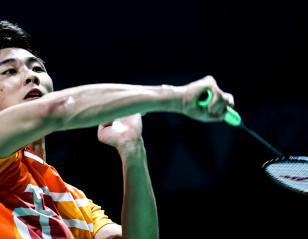 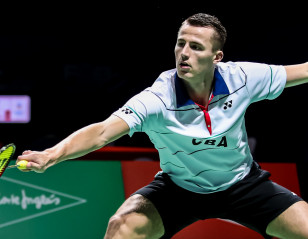 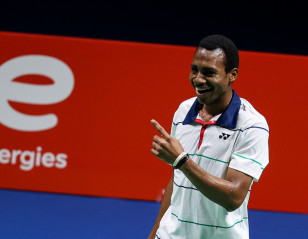 What Matters is Finishing the Game, Says Nigerian After Avoiding 21-0 Wipeout 12 December 2021 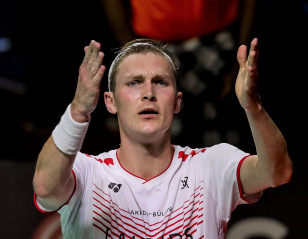 A Decade After Sensation at Worlds, Cordon’s Back 11 December 2021 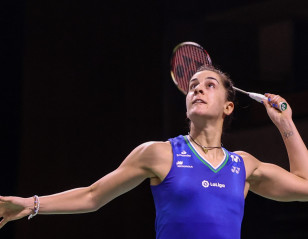 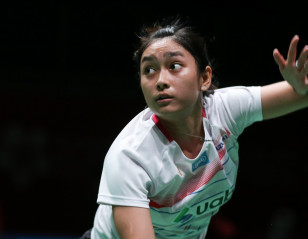 For Thuzar, a Battle on Many Levels at World Championships Debut 10 December 2021 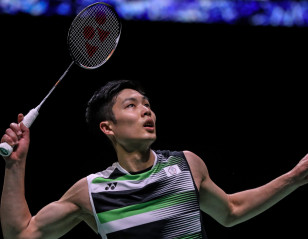 Time to Do Something Different, says Chou 9 December 2021 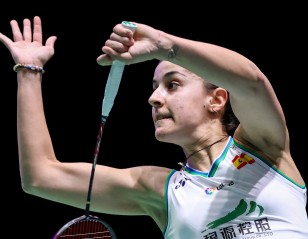