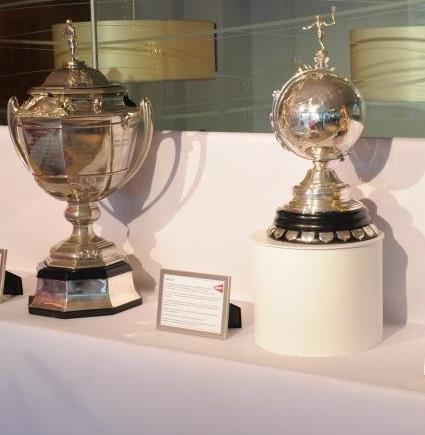 European powerhouses Denmark open their bid for a first-ever Thomas Cup title versus Hong Kong China when the Li-Ning BWF Thomas & Uber Cup Finals 2014 get underway on Sunday 18 May, this year.

Denmark have been at the forefront of world badminton over several decades but have missed out on the ultimate prize in men’s team competition: the Men’s

World Team Championships for the Thomas Cup. Placed in Group B with England, Hong Kong China and Japan, Denmark will hope for a strong start. Action begins at 9 am featuring four ties: England versus Japan and Denmark versus Hong Kong China (both Thomas Cup, Group B fixtures) and Australia versus Indonesia and Korea versus Singapore (both Uber Cup, Group X matches).

Siri Fort Complex, New Delhi, plays host to the 28th edition of the Thomas Cup and 25th edition of the Uber Cup (Women’s World Team Championships) from 18-25 May. The finals in both events showcase 16 teams divided into four groups. The top two teams from each group qualify for the quarter-finals to be held over two sessions on 22 May at 12 noon and 6 pm. The semi-finals for both competitions are scheduled for Friday 23 May over two sessions (12 noon and 6 pm). The Uber Cup Final will be held on Saturday 24 May at 3 pm. The event concludes on Sunday 25 May with the Thomas Cup Final at 3 pm.

The favourites for both the Thomas and Uber Cup are China. The powerhouse has won nine Thomas Cup titles, including the last five editions. Their quest for a tenth success starts in the evening session of the opening day, with a Group D tie against France at 7 pm. Their group-mates Chinese Taipei and Russia face off at the same time. Indonesia, who have won 13 Thomas Cups – the most by any nation – commence their campaign to regain the title they last won in 2002 with an opening Group A match against Singapore on the second day at 9am. Their group-mates Thailand and Nigeria face each other at the same time. Hosts India are grouped with Germany, Korea and Malaysia in Group C.

In the Uber Cup, 12-time champions China – boasting a squad of Olympic, World and multiple Superseries winners – will unleash their formidable resources against Russia at 2 pm on the opening day in a Group W clash. Another tie from the same group, Chinese Taipei versus England, will begin at the same time. Korea, champions in the 2010 edition, will be in action early on the opening day against Singapore in Group X. Australia and Indonesia are the other teams in Group X.

A strong Thai unit, led by World champion Ratchanok Intanon, will look to top Group Y, but the Thais have to deal with Canada, Hong Kong China and India. Group Z consists of Denmark, Germany, Japan and Malaysia. Home fans can look forward to Saina Nehwal and company taking the court on the opening day at 7 pm against Canada.