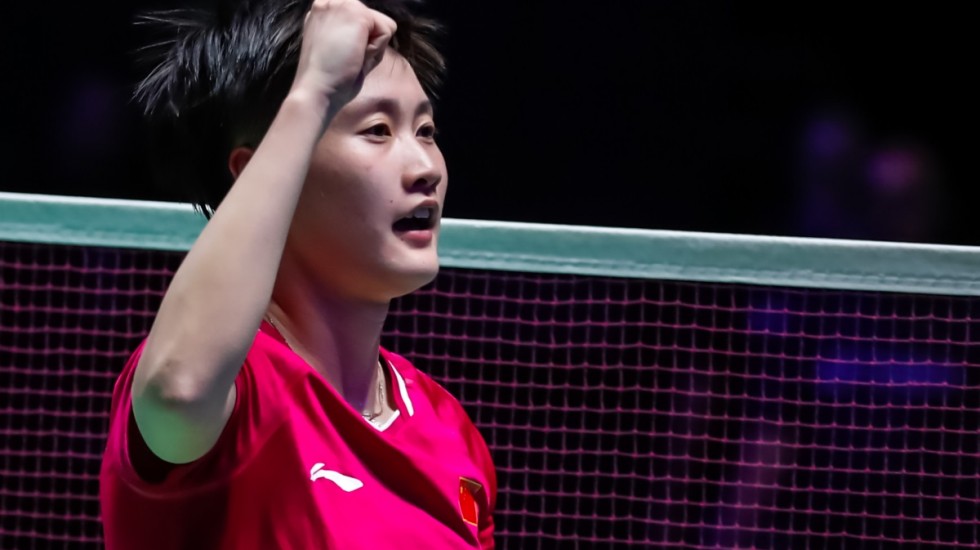 Generational Shift Will Be Visible in Aarhus

Having briefly relinquished their hold in recent times on the three major team titles – the Thomas Cup, the Uber Cup and the Sudirman Cup – badminton heavyweights China turned to a new generation of shuttlers to reclaim glory.

After a gap of four years, the Thomas Cup was won again in 2018, taking away some of the sting off their Uber Cup semifinal loss – the first time ever that China failed to make the final.

And then, in May 2019 came a significant accomplishment. China won back the Sudirman Cup with a team that wasn’t reckoned as the favourites. Now the Thomas Cup and Sudirman Cup holders will look to retake the Uber Cup when the TOTAL BWF Thomas & Uber Cup Finals 2020 begin next May in Aarhus.

What was noteworthy about both the Thomas Cup and Sudirman Cup triumphs was the role of China’s post-Rio 2016 generation: Shi Yu Qi, Chen Yu Fei, Li Jun Hui and Liu Yu Chen. All of them were in the shadows of senior compatriots during the run-up to Rio 2016.

Over the rest of 2019, we will see a clutch of youngsters being primed for the big contests. Chen Yu Fei, just 21, is expected to be at the head of China’s women’s challenge, leading younger players like Han Yue, Cai Yan Yan and Chen Xiao Xin. In doubles too, Chen Qing Chen/Jia Yi Fan, despite being seasoned campaigners, are only 22. Compatriots on their on their heels – most of them younger – are Du Yue/Li Yin Hui, Li Wen Mei/Zheng Yu and Liu Xuan Xuan/Xia Yu Ting. Lu Guang Zu has also shown promise and will look to follow in Shi Yu Qi’s footsteps.

China have been the most successful of all the teams in transitioning their younger generation into world-beaters across all five categories.

Other countries have had mixed success. Indonesia, for instance, have come to rely on youthful players like Jonatan Christie (21), Anthony Sinisuka Ginting (23) and Gregoria Mariska Tunjung (20), but their progress has been somewhat inconsistent, at least in the team events. With sufficient experience, they will now be expected by their teams to flower to full potential.

Korea are pinning their hopes on 17-year-old schoolgirl An Se Young, who was in the news at the last Uber Cup for seeing the team through to the semifinals. Korea also have emerging stars in women’s doubles – Baek Ha Na, Kim Hye Rin, Kong Hee Yong – who are expected to mature in time for the Uber Cup and beyond. However, in men’s singles, men’s doubles and mixed doubles, Korea haven’t struck gold in recent times.

Denmark have had success in men’s singles (Anders Antonsen, Rasmus Gemke following Viktor Axelsen), but (as yet) no comparable generation taking over in the doubles.

Other countries, like Thailand, India and Malaysia, similarly have had relatively modest success in throwing up fresh talent at the top level. Thailand will look to Kantaphon Wangcharoen, while India will be enthused by the Thailand Open win over Satwiksairaj Rankireddy (19) and Chirag Shetty (22). Malaysia’s hopes are pinned on Lee Zii Jia (21), but he will know he has big shoes to fill following the retirement of Lee Chong Wei.

For Japan, some of the members of the 2014 Thomas and Uber Cup teams that heralded their new wave (Kento Momota, Misaki Matsutomo/Ayaka Takahashi) are now the senior pros in their squads and have lit the path for younger players to follow.