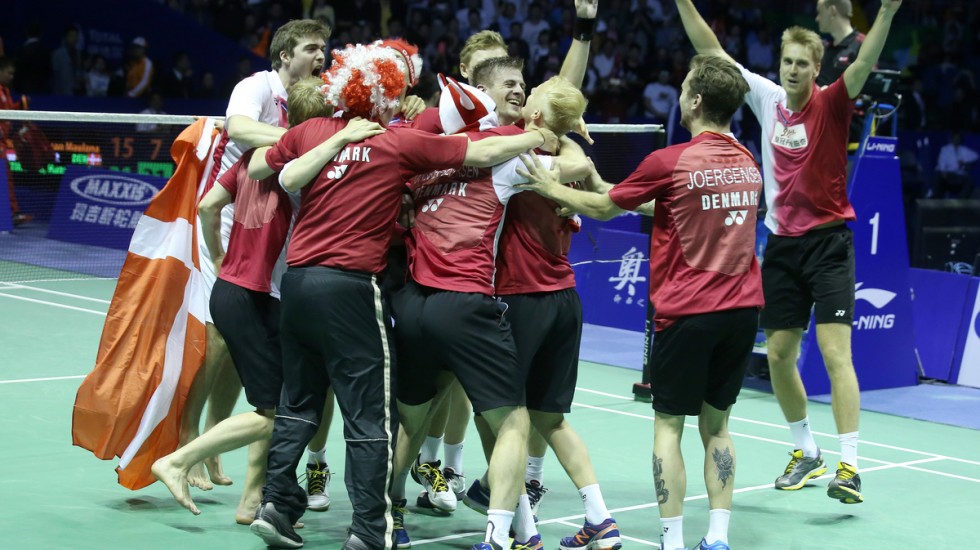 At long last, Europe will play host to badminton’s most coveted team competitions – the TOTAL BWF Thomas & Uber Cup Finals – for the first time ever, in Aarhus, Denmark. The team championships will be held 16-24 May 2020.

The Thomas Cup has not been contested in the continent since 1981-82 in England while the Uber Cup is set to return after 1956-57’s inaugural edition, also in England.

February’s five continental championships serve as qualifying events, with four semifinalists from Asia and Europe making the cut alongside the winners from Pan Am, Oceania and Africa.

Reigning champions and the hosts get direct entry while the remaining slots in the total list of 16 will be determined by team ranking.

With Tokyo 2020 lying in wait two months later, players will want to find their winning touch.

And the ongoing support of our main sponsor TOTAL gives us confidence this year’s edition would be another success story for the prestigious competition.

The Women’s World Team Championships came into being in 1956-57; the trophy was designed and donated by Betty Uber, England’s great pre-War player.

From 1984, both tournaments have been played simultaneously in the same host city every two years instead of three.

Malaysia last tasted Thomas Cup glory in 1992 while Indonesia last won the Uber Cup in 1996. No European nation has lifted the Uber Cup.

In 2016, Denmark became the first non-Asian team to win the Thomas Cup.