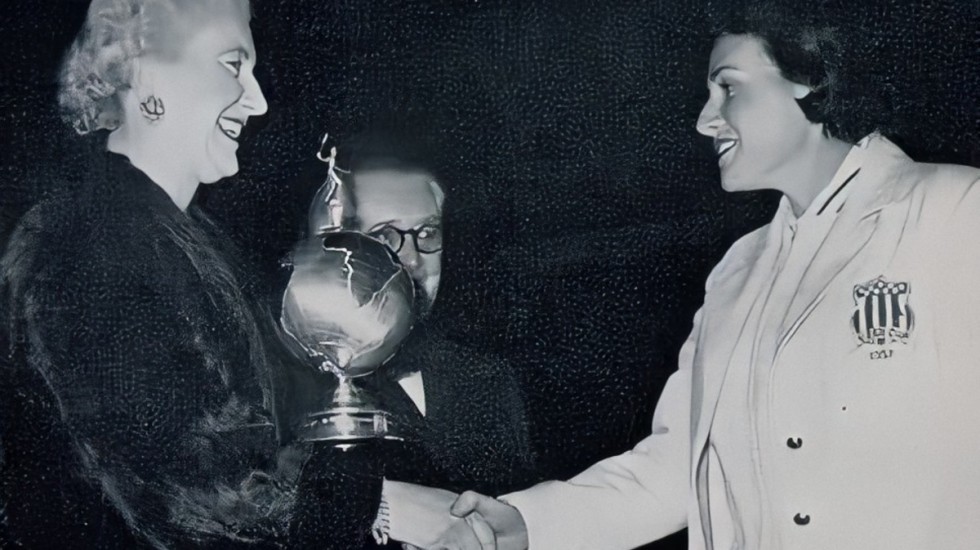 On This Day: USA Ace First Ever Uber Cup Final

For many, 18 March 1957 is still seen as the greatest day in American badminton history.

It was when Team USA, driven by the legendary Judy Devlin and fresh off a confidence-pumping 7-0 semifinal thrashing of India, became the winners of the inaugural Uber Cup.

European giants Denmark, given a bye following the withdrawal of Australasia champs New Zealand, were the victims of their ferocious brand of badminton, falling 6-1 at Lytham St. Annes in Lancashire, England.

From 11 nations that started the regional qualifiers, USA were one of four to make the Inter Zone Finals of the first international women’s team competition mooted by and aptly named after England’s pre-war great Betty Uber.

A total of seven matches were contested, involving three singles players and two pairs. The two pairs were required to play each opposing tandem while the singles shuttlers battled only one adversary.

Devlin, born to Irish father Frank, was the undoubted star of the show, setting the tone by seeing off Tonny Ahm 11-2 11-8 in the first singles and later adding another two points in the doubles discipline.

But by the time she combined with older sister Susan to beat Kirsten Granlund/Anni Hammergaard Hansen in the second doubles, America had sealed the title with a 4-0 lead thanks to second singles Margaret Varner, third singles Lois Alston and first doubles pair of Ethel Marshall/Bea Massman.

Granlund and Hammergaard Hansen would later defeat Marshall/Massman for Denmark’s solitary point on the scoreboard but the Devlin sisters ensured a satisfying climax by acing the final duel with a rather straightforward victory over Aase Schiøtt Jacobsen/Birte Kristiansen.

The Americans would go on to assert their dominance on women’s badminton by winning the next two editions at home in 1960 and 1963.

The country however, has been in the descendancy since, qualifying for the showpiece match only once in 1966.