Germany and Spain will head to Aarhus for the TOTAL BWF Thomas & Uber Cup Finals 2020 after accepting invitations to the men’s and women’s competitions respectively following the withdrawal of Russia.

Russia had qualified to the Thomas Cup as semifinalists of the European Men’s Team Championships and the Uber Cup on world team rankings, but withdrew from both competitions after deciding to prioritise tournaments that offer ranking points in the last leg of the Tokyo 2020 Olympic Games qualifying period.

Germany, who were next in line for Thomas Cup qualification based on world team ranking from the respective continent, accepted their invitation.

In the Uber Cup, Turkey were eligible on the basis of team rankings following Russia’s withdrawal but turned down the invitation, following which Spain accepted their invitation. 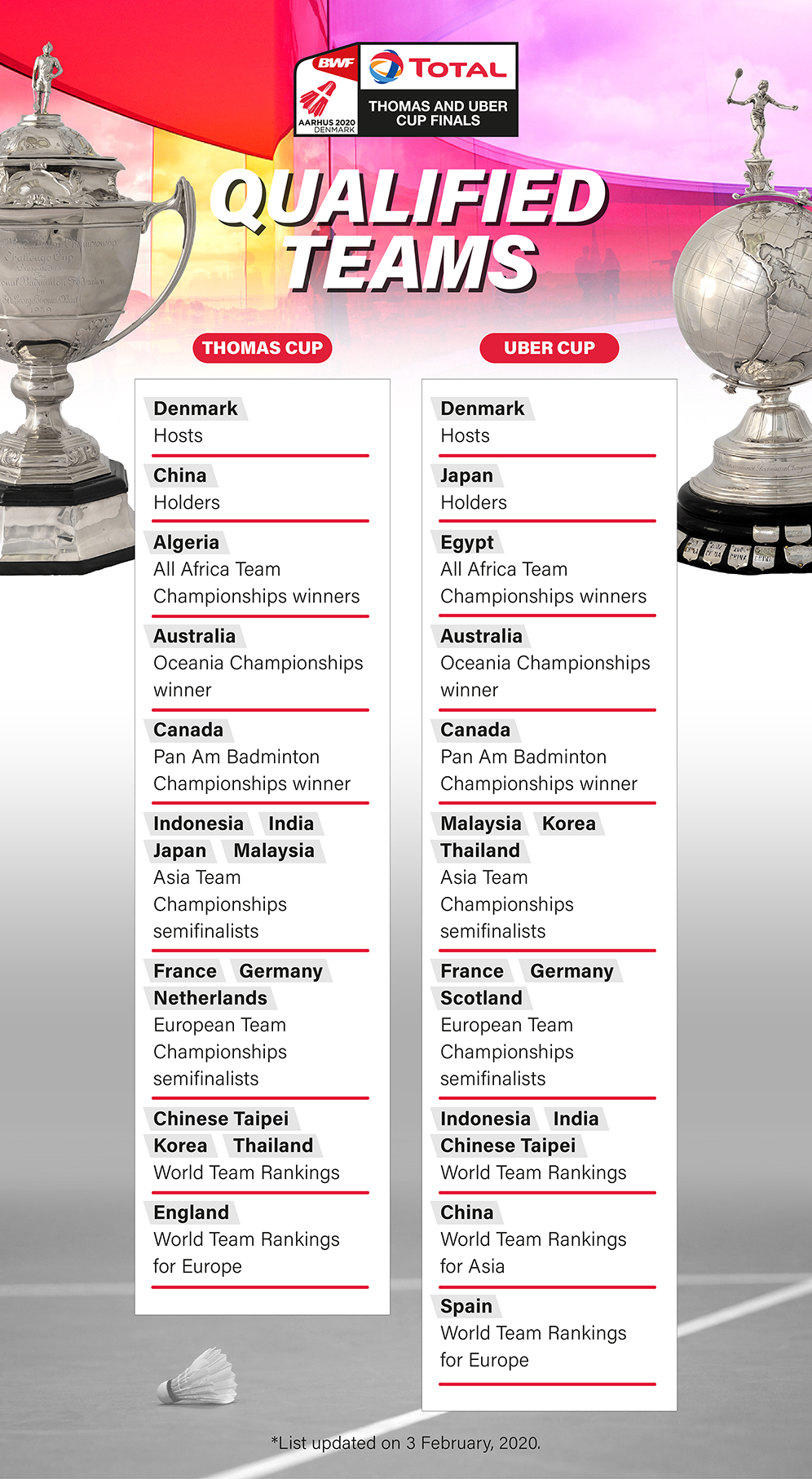