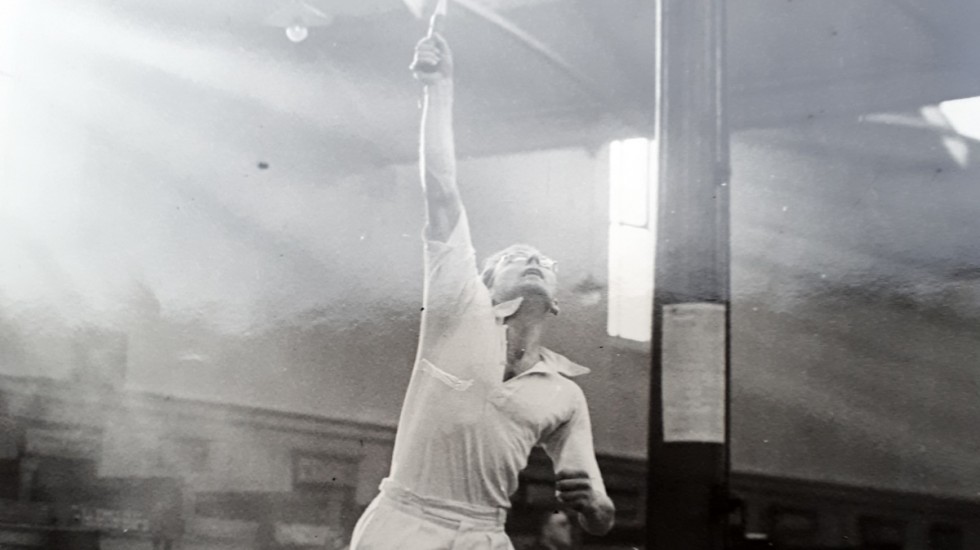 Unfortunately, it was not to be, for Peard passed away two weeks short of what would have been a significant occasion for the badminton fraternity.

Peard was a skilled all-round player who excelled in singles, doubles and mixed, earning 30 caps in an 11-year playing career for Ireland from 1947. He won triple national crowns four years consecutively, winning 18 titles in all.

He played first singles for Ireland in the first Thomas Cup match (he received serve) against Jorn Skaarup of Denmark in 1948; he was also in two All England men’s doubles semifinals (1948 and 1952).

His partnership with Jim Fitzgibbon was rated Europe’s best for two years; the pair was described by the Badminton Gazette as “the magnetic, energetic, ever-attractive pair from Dublin”.

He was also a good enough tennis player to be granted automatic entry into the main draw of The Championships in Wimbledon in 1946.

As administrator and institution-builder following his playing career, Peard left a rich legacy. He played a big part in creating Ireland’s Terenure Hall in 1954. To promote badminton around the country he started many exhibition events that were entertaining and instructional. Director of the 1976 European Championships in Dublin, his efforts won wide appreciation; the championships were then seen as a landmark in the presentation of international badminton events.

Peard was a prolific writer on badminton and sport, contributing to newspapers and other publications, and presenting papers on various subjects. He presented a paper titled ‘The Mathematics of Badminton’ at the 4th European Coaches Seminar in 1984, and ‘Factors Affecting Performance’ at the IBF World Championships in 1985.

Conscious of the importance of history, Peard inspired the setting up of the Badminton Museum of Ireland, contributing several of his badminton memorabilia for display.

Interestingly, Peard married into badminton royalty – the legendary Devlin family. His wife, Susan, was a six-time women’s doubles champion at the All England with her sister Judy.

Judy Devlin (later Hashman) is considered one of the greatest players of all time, with 10 singles and seven women’s doubles titles at the All England, besides leading the all-conquering American women’s team that won the first three Uber Cup championships.

The sisters’ father of course was Frank Devlin, winner of 18 titles at the All England.

Pam Peard recalls the relationship between her father and grandfather: “They were very close and had immense respect for each other.  Dad had always wanted to meet Frank Devlin, and my grandfather was delighted to have dad as a son-in-law. They first met during the 1957-58 season when my father did a very unusual thing for the time – he took an 18-month sabbatical from Guinness to go to America to immerse himself in the accountancy practices of the USA. While on the east coast of America… he travelled to Baltimore, where my grandfather and family were living, on the pretence of visiting “the great Frank Devlin”, although equally to visit my mother! After my parents were married my grandparents stayed in Baltimore for another 16 years or so, and we visited them on summer holidays just about every year.”

“With the death of Frank Peard, two weeks short of his hundredth birthday, badminton has lost its most enduring personality. For about 80 years he was at the forefront in seeking to improve Irish badminton,” wrote Badminton Museum of Ireland’s Curator Dick O’Rafferty in his tribute.

Incidentally, 2019 marks the 120th anniversary of Badminton Ireland. Watch here to find out how far the sport has come since 1899.