The full list of qualified teams for the TOTAL BWF Thomas & Uber Cup Finals 2020 – the first ever to be held in Europe – has been confirmed.

The BWF World Team Rankings released on 18 February see Chinese Taipei, Korea and Thailand make their fourth consecutive Thomas Cup while England return after pulling out of the last edition, taking the quota of Denmark, who qualified as one of the European semifinalists last week.

The Uber Cup lineup, meanwhile, is completed by Indonesia, Chinese Taipei, India, China and Russia. The latter two go through as the highest ranked team in Asia and Europe respectively in the place of Japan (defending champions) and Denmark (continental semifinalists).

The five continental champions, as well as the semifinalists of the Asia and European Team Championships alongside the hosts and title holders, were already assured of qualification.

The remaining teams were selected based on the total points of their three highest-ranked singles players and two doubles pairs on 18 February.

Team seedings will be determined by the BWF World Team Rankings of 3 March and the draw will be made on 18 March at Aarhus Town Hall. 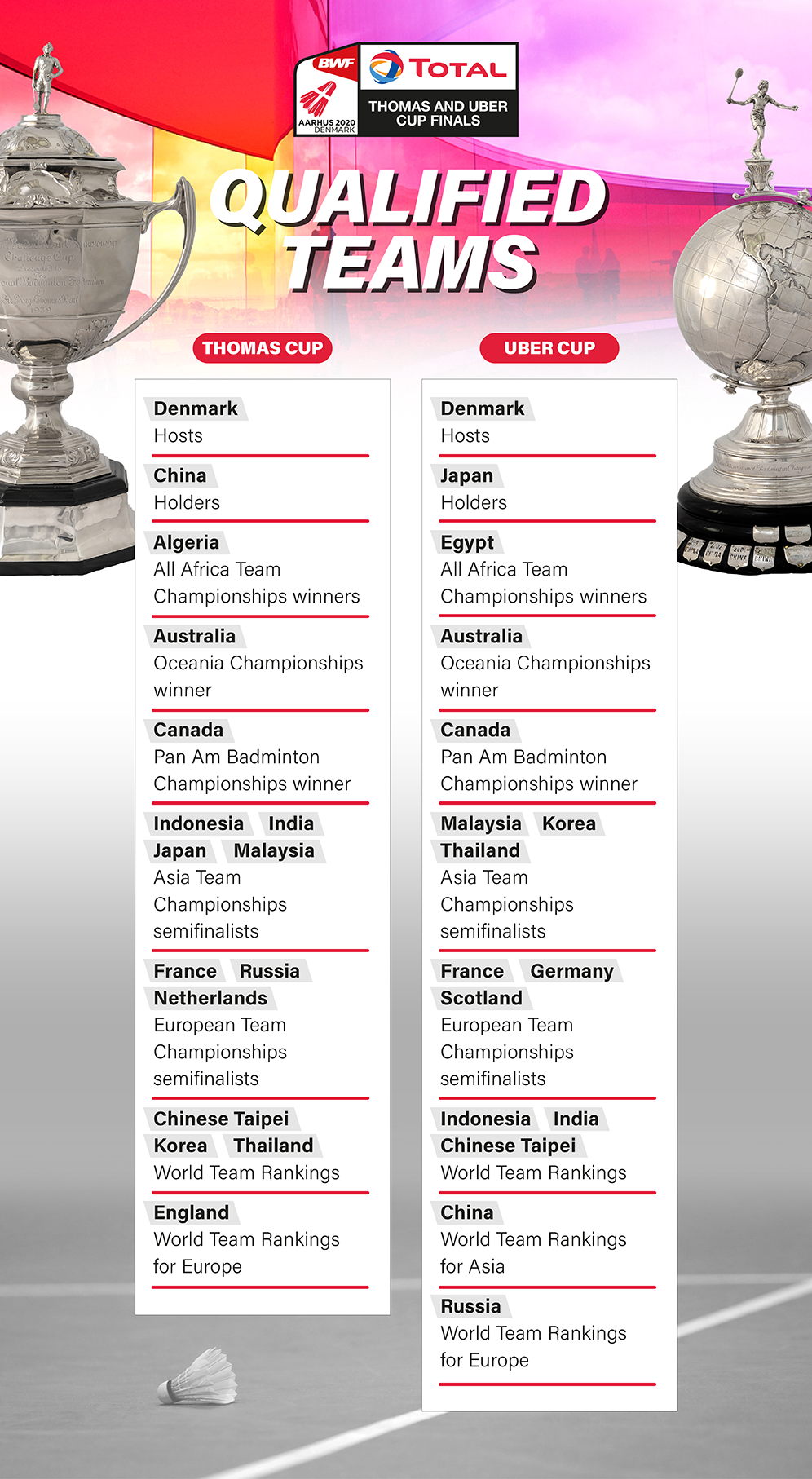